Wolf Majick Reviews would like to welcome J. Aleksandr Wootton author of Her Unwelcome Inhertiance 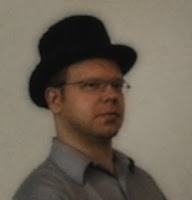 Delia: What inspired you to write this novel?

J. Aleksandr Wootton:Well, first, I was very excited by the various premises of the story, which sort of accosted me in thunderous succession like a series of freak meteorite strikes:

Refugees from a civil war in Faerie, hiding on earth, and thereby becoming the source for most of our mythology and folklore. Protective enchantments preventing accurate records from being made on earth about Faerie or the Fay, and the resulting importance of oral storytelling and tradition and probable lapse of historical knowledge. And now, at last, a modern girl who doesn't know her own importance, being pursued by people from an ancient, broken, and magical world - the very idea totally at odds with her everyday life.

Who wouldn't get excited about that?

Then, the story began to shape itself around some questions that I wanted to explore - questions about achieving self-identity, the relationship between rationality and wisdom, the importance and meaning of family.

Of course these are all questions that fairytales and folklore have been posing and answering for centuries, and I'm no less interested in them now than the people who've passed them on to us were. So it quickly become a very passionate project.

Delia: Who is your favorite character in the novel and why?

J. Aleksandr Wootton: I think I must own up to it being Wysteria Morningstar, a character who appears rather late in the novel. She's a little flighty, a touch absurd, endearingly clumsy socially, and slightly foolish (through no fault of her own).

When she first meets the main character, Petra, Wysteria proudly announces that "she believes in fairies" - having, of course, no idea what Petra and her family have been going through because of James Oberon's obsession with them.

I don't want to give too much away about the next book, but I will say that although Wysteria may not seem like much to readers of Her Unwelcome Inheritance, her time is coming and she's going to be doing big things very, very soon =)

Delia: I couldn't help but notice a character with a similar name to yours, is there any significance?

J. Aleksandr Wootton: "J. Aleksandr Wootton" is the pen name I invented to publish under because my real name, "Jason Smith", is a little too generic to be really memorable. I intended it to be nothing more than a pen name, appearing only as the author of the "editor's note" at the beginning of the story.

I started using the name on social media sites a few years ago (facebook, goodreads, my personal blog, etc.) and very quickly Mr Wootton took on a voice and background of his own.

Then, when I began outlining Her Unwelcome Inheritance, it became clear that I needed a character fitting Wootton's description for Petra to have certain kinds of conversations with. I think I'd had some vague idea that some of that dialogue would occur with her godfather, "Uncle" Tod, but as Tod is supposed to echo Toad from Kenneth Grahame's The Wind in the Willows he wasn't really suited for the type of logic and philosophy Wootton, as a folklore professor, was able to voice. I realize it's dreadfully Lemony Snicket of me to write my own pen name into the story as a character but I assure you the process was entirely organic.

Delia: Why have a cliffhanger ending?

J. Aleksandr Wootton: Ah. Normally I'm against cliffhanger endings, as a rule, but in this case the story I'd mapped out was, on the one hand, simply too big for a single volume, and on the other, completely without a good breaking-point for anything resembling a "complete" first book. The cliffhanger ending was my best option. As they say, "If you can't fix it, feature it."

Delia: When do you plan on having the second book published?

J. Aleksandr Wootton: I expect to release A First or Final Mischief by early next summer.

Delia: Did you do a lot of research before you began writing?

J. Aleksandr Wootton: Yes. It's funny, I can remember telling someone - my mother, probably - that I would write fantasy so I could avoid doing research, and make everything up instead. Turns out that's not how it works.

The good news is that research starts to feel a lot less like work as you grow up. Before long the challenge becomes pulling yourself away from your pleasure reading (aka, your "research") to do your writing.

A few significant titles undergirding this book are Bradley Birzer's J.R.R. Tolkien's Sanctifying Myth, Michael Ward's Planet Narnia, and Bruno Bettelheim's The Uses of Enchantment, plus literally an entire shelf of folklore and fairytale collections from every populated corner of the globe.

Should you be interested in a complete list of everything I read while writing Her Unwelcome Inheritance, you can visit me on Goodreads =) www.goodreads.com/mrwootton

Delia: Do you have a favorite fay related story?

Thanks again for stopping by! Be sure to check out my review of Her Unwelcome inheritance and don't forget to post a comment so you can be entered to win one free ebook vernon of the novel :) 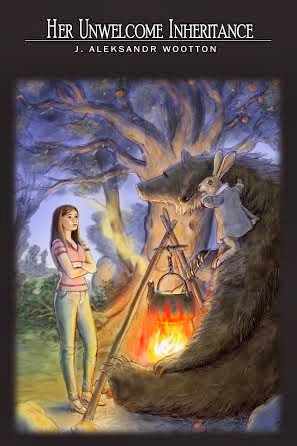 Posted by Wolfmajick at 8:21 AM